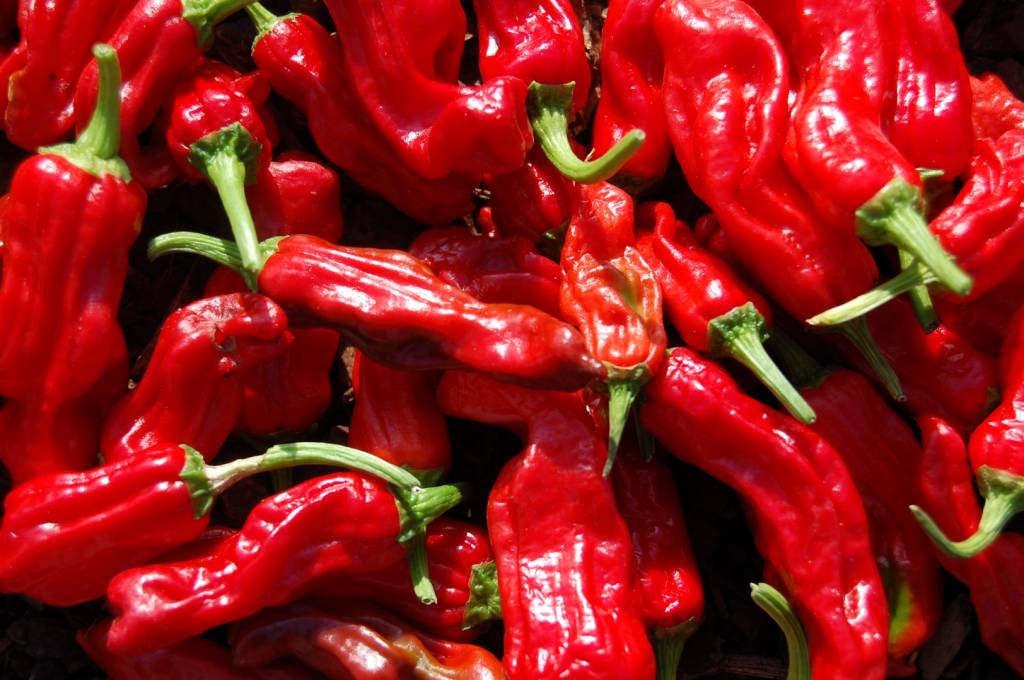 In Japan very famous where people eat this pepper in an immature green stage.
Peppers arrived after the discovery of America, it was the Portuguese who introduced this pepper to Japan. It was so well received that it was soon standard to the present day.
Only in the 21st century did Japanese gourmet cuisine bring us to this world, at this time, we also learned to know the 'shishito'.

Fully ripe they are red like most peppers.
This heirloom has a soft heat and very soft at full ripenes, red.

Each of these pepper plants have a unique sometimes erratic shape.
Always similar to the other.

This pepper lives up to its nickname, Chinese Lion.