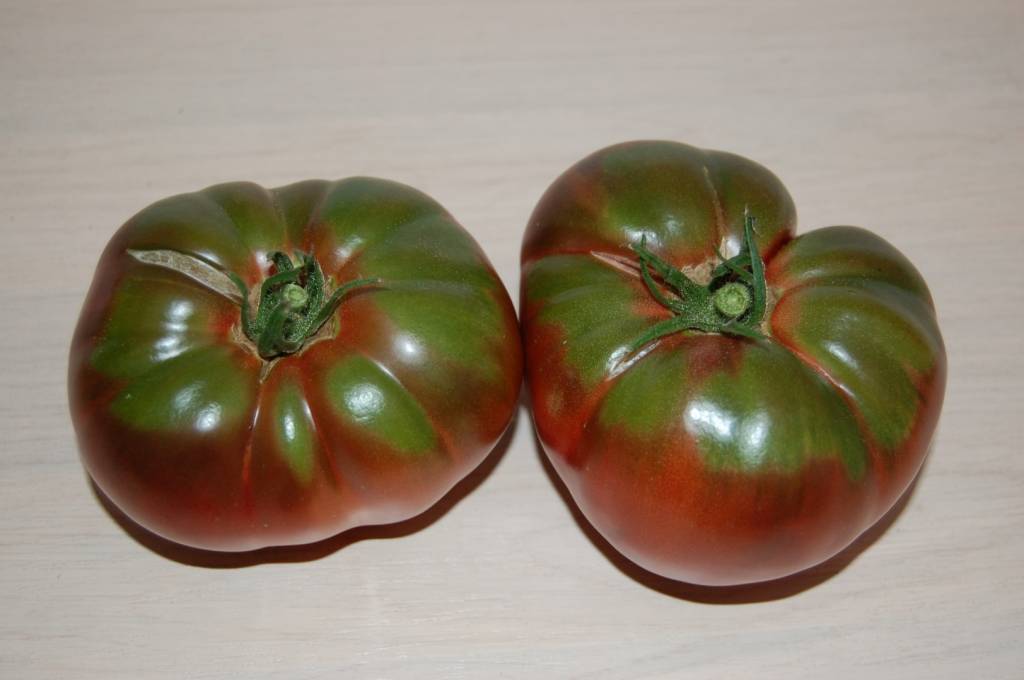 Originally from the USA, offered to the public in 2008. There is debate about the exact origin of its strain, according to the Baker Creek boss who received the seed of WilliamWoys Weaver from Pennsylvania she would date back to the 1920s and she would be a creation of Dr. Harold E. Martin. For Southern Exposure Seed Exchange, it would be the result of the crossing of "Brandywine" with "Feje Improved" (this variety would have disappeared today) developed by the same Dc Martin, but then why have named it "True". Finally for some people of Tomatoville its recent introduction would question the authenticity of his strain.

Large beefsteak type fruits of 180 to 400 grams, round, flattened and ribbed at the shoulders.